These memorable police cruisers will forever be etched in our minds.

When driving down the highway, one of the last sights and sounds you want to hear are red and blue lights in your rearview mirror mixed in with the sound of sirens.

Police cruisers are a common sight on roads as they have been for a long time on American roads. The following is a list of the top three police cruisers to grace the roadways. 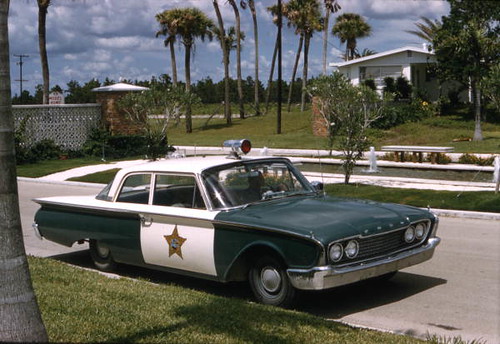 While the Fairlane had been in production since 1955, the police interceptor Fairlanes came in 1957.

This V8 armed vehicle was similar to the Chevy Bel Air, which was a prominent cruiser in the state of Texas. The Fairlane enjoyed nationwide prominence amongst police departments before being overtaken by number one on this list.

This highway patrol edition was primarily an interceptor model in Texas between 1983 and 1993.

It featured a powerful 5.0-liter V8, so it could perfectly handle high-speed chases. The mustang in general was a fast car, but these took speed to the next level. There is little doubt that this is the number one most memorable police cruiser ever developed by Ford or any other car manufacturers.

Crown Victoria's were not only fast, but they were also one of the most durable police interceptors ever built. This is confirmed by their longevity which began in 1997 and lasted to the early 2010s.

Although new Crown Vics are not around any longer, there are still some on the road today.

NEXT: FEAST YOUR EYES ON CHEVROLET'S NEW NASCAR RACER: THE 2018 CAMARO ZL1