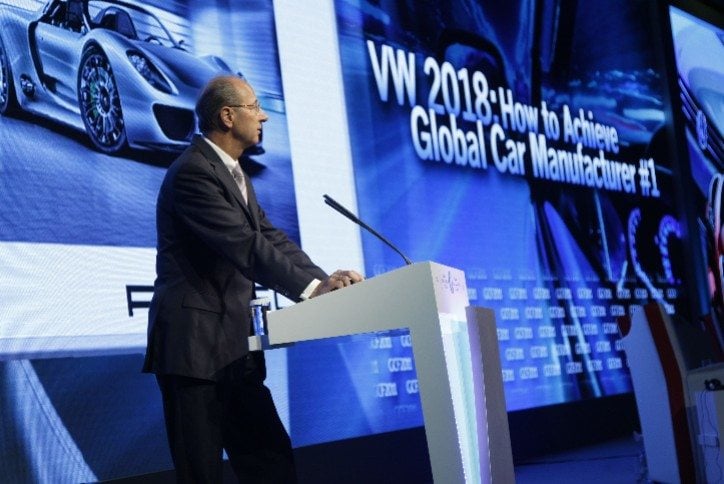 Remember when Volkswagen got in trouble for tampering with emissions tests? Stuff is finally happening now.

A few years back Volkswagen was in the middle of a super thick, super nasty, super revealing scandal that rocked the German automaker to its core. It all had to do with the top-down plan to fudge emissions tests and the results from them to make its cars seem more eco-friendly. Someone found out, the company got caught, and it?s been bad news for the company ever since.

Now, according to USA Today, ex-VW CEO Martin Winterkorn and five other company executives are being indicted on felony charges of conspiracy, wire fraud and violation of the Clean Air Act for their involvement in the diesel car scandal.

Unsealed in Detroit, the indictment outlines a scheming plot by Winterkorn and his merry band of compatriots to rig emissions tests and then try to cover it up after news starting getting leaked. The issues VW has been having around these controversies has cost the company more than $20 million in penalties.<

The indictment goes into detail about how engineers at Volkswagen created a device to rig the emissions tests. The software developed would detect when a car was undergoing emissions tests and trigger all anti-pollution devices. This would in turn turn off all the devices when the car was being driven, giving the appearance in result-form that the car was letting out minimal nitrogen oxides.